A MOST BEAUTIFUL BERRY | Solanum Lycopersicum

What we’re really talking about here is the star of the summer garden….TOMATOES! Although we speak in terms of tomatoes being a vegetable, they are botanically classified as a fruit; a berry to be precise. Its use as a food originated in Mexico, and spread throughout the world following the Spanish colonization of the Americas. The word “tomato” comes from the Spanish tomate, which in turn comes from the Nahuatl word tomatl.

Tomatoes share the same plant classification along with eggplants, potatoes, petunias and tobacco plants. They are all members of the “nightshade family.” Upon their discovery tomatoes were once thought to be poisonous and were grown mainly as an ornamental. The earliest varieties were small cherry sized tomatoes and were mainly yellow, rather than red. Today, there are hundreds, perhaps thousands of varieties in colors ranging from green, pink, orange, yellow, red, purple and even white. Heirloom variety tomatoes have become extremely popular due to their interesting shapes and superior flavor over commercially grown tomatoes.

Tomatoes are one of the most versatile foods, being consumed raw, and used as an ingredient in many dishes including salads, stews, sauces, soups, salsas and drinks. Recently it has been discovered that our love of tomatoes and tomato products might be due to the fact that they are loaded with “umami.” Umami is a flavor sensation that is detected by our taste buds and has been added, along with sweet, sour, salty, bitter, to the primary taste sensations that make up our experience of taste and flavor.

Fresh, dried, powdered, processed, or pickled, the ‘queen of the summer garden’ reigns supreme in the culinary world – and at 12th Street Catering too! Our rooftop garden boasts 4 varieties this year; ….EARLY GIRL – a hybrid variety, BILTMORE, BRANDYWINE (also known as CARBON) & HILLBILLY – 3 heirloom varieties. EARLY GIRL was the first to give us fully ripe fruits in mid-June. The 3 heirloom varieties are just now ripening to perfection.

Do yourself a favor and take advantage of the bounty of fresh summer tomatoes which will be available now through as late as October in the mid-Atlantic region. Perhaps the most sublime, simple way to enjoy this versatile fruit is the experience of a freshly picked sliced tomato on crusty farm bread with cracked black pepper and sea salt; slathered with good mayonnaise or a homemade aioli, with a few fresh basil leaves tucked inside. 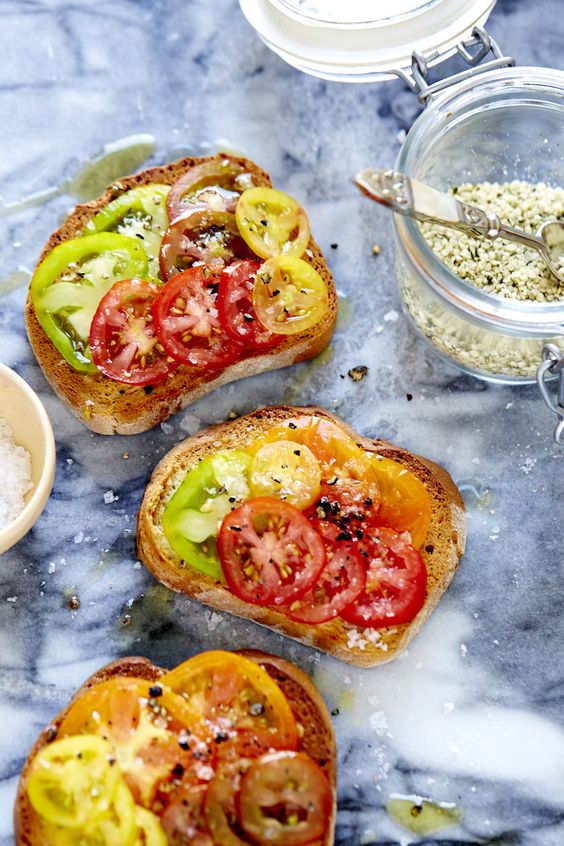 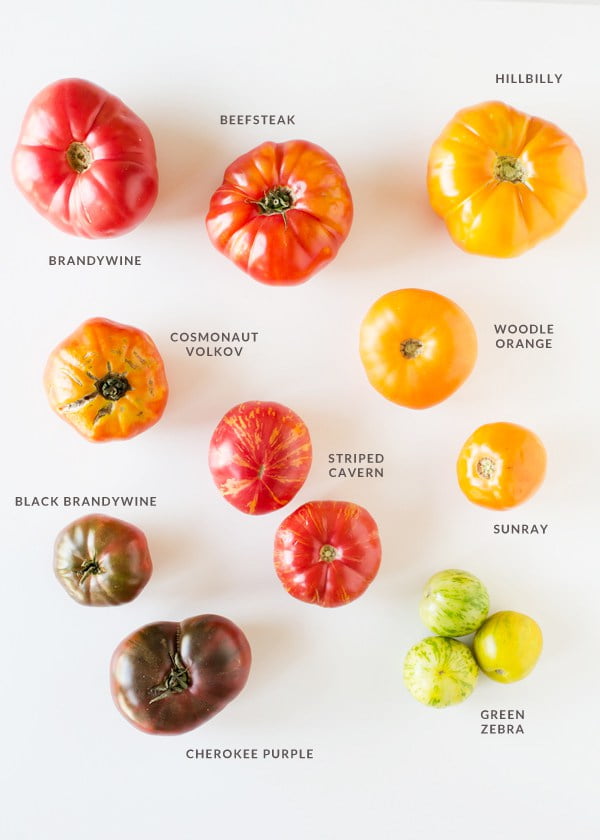 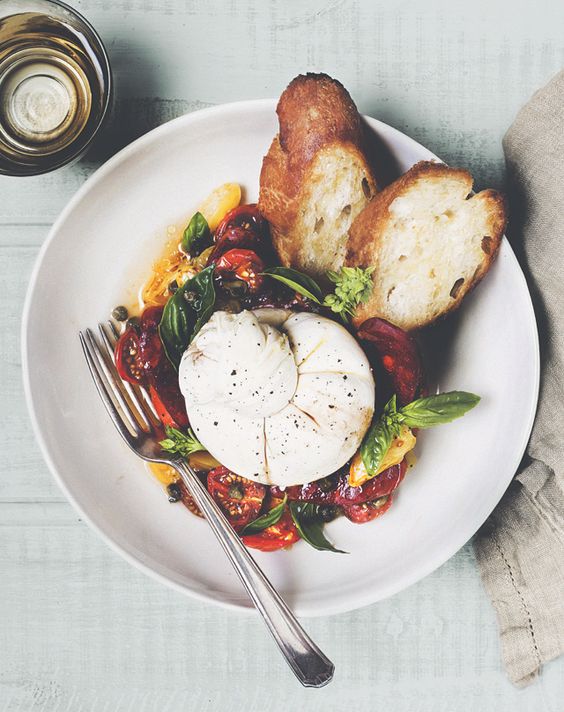 We offer this recipe for a summer TOMATO-AVOCADO SALAD. You can prepare it while you are leisurely noshing on that Solanum Lycopersicum sandwich mentioned above. Bon Appetit!

1 Pint heirloom cherry or grape tomatoes, cut in half 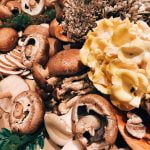 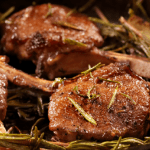 DECEMBER’S RECIPE – ROASTED RACK OF LAMB WITH ROSEMARY AND JUNIPERRecipes